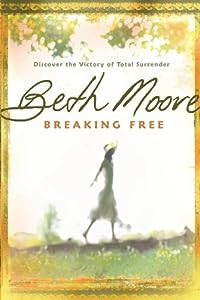 Three B&H Publishing Group authors, Beth Moore, Priscilla Shirer, and Jen Hatmaker, are recognized this month on the cover of Christianity Today magazine, the company said in a news release. They were among the magazine’s 50 Women to Watch: Those Most Shaping the Church and Culture.

“To create this list, we asked dozens of evangelical leaders to identify Christian women in North America whom evangelicals (both men and women) admire and who are shaping the life of the church and culture in significant ways,” said Christianity Today’s Sarah Pulliam Bailey.

Beth Moore is noted by the magazine as “the best-known evangelical the wider world has rarely encountered. She flies relatively under the radar through her Living Proof Ministries, but her influence spreads far and wide, especially among Christian women.” Moore’s best-selling books include Praying God’s Word, Breaking Free, and A Heart Like His. She will release another book with B&H in fall 2013.

Priscilla Shirer, who recently hit The New York Times bestsellers list with The Resolution for Women, is featured as “a young mother working in ministry, Shirer connects with many balancing family and career; she uses illustrations from her own life to connect to larger scriptural points. The preacher’s daughter with a magnetic blend is reaching a diverse demographic.”

Jen Hatmaker, a blogger and author of the increasingly popular conversation-starter 7: An Experimental Mutiny Against Excess, is highlighted as “a biological mother of three and adoptive mother of two Ethiopian children” who followed her heart into action. “After temporarily housing hurricane victims, Jen Hatmaker felt troubled by her lifestyle. Slowly she identified seven areas of excess, which led to her book.”

Since joining B&H to launch its women’s publishing brand in 2009, acquisitions editor Jennifer Lyell has set out to present female readers with substantive, virtuous, and radical content.

Lyell said, “I believe that readers want messages that speak into their lives in a way that empowers them, informs them, and motivates them in practical ways. These women exemplify what it means to live out their passion for Christ and are at the forefront of women leading women in the pursuit of a biblically-grounded, authentic life that encompasses ministry, family, and relationships, both personal and professional.”

A Book Worth Owning

This website uses cookies to improve your experience while you navigate through the website. Out of these cookies, the cookies that are categorized as necessary are stored on your browser as they are essential for the working of basic functionalities of the website. We also use third-party cookies that help us analyze and understand how you use this website. These cookies will be stored in your browser only with your consent. You also have the option to opt-out of these cookies. But opting out of some of these cookies may have an effect on your browsing experience.
Necessary Always Enabled
Necessary cookies are absolutely essential for the website to function properly. This category only includes cookies that ensures basic functionalities and security features of the website. These cookies do not store any personal information.
Non-necessary
Any cookies that may not be particularly necessary for the website to function and is used specifically to collect user personal data via analytics, ads, other embedded contents are termed as non-necessary cookies. It is mandatory to procure user consent prior to running these cookies on your website.
SAVE & ACCEPT