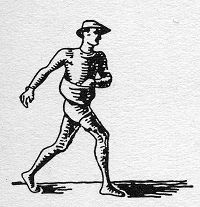 The “Big Six” secular publishers are gaining control a large portion of the Christian publishing world. Book imprints (or brands) that are part of the big publishing establishments are highlighted below. In addition, some of the other imprints listed also publish inspirational books not related to one of the Christian imprints. For example, both Penguin and Macmillan publish Christian books as part of their general book catalogs.

Of particular interest to the Christian public is HarperCollins. They have long owned Zondervan, and also recently purchased Thomas Nelson.  That means the same company owns the distribution rights to both the New International Bible (NIV) and the New King James Version (NKJV), the Bible translations most commonly used by Evangelicals.

Here are the so-called “Big Six” publishing companies, with some of their trade name imprints. Each imprint was previously a well-know publishing company in its own right before being purchased and absorbed into the larger brand. Christian book imprints are highlighted in yellow.

Penguin, owned by Pearson PLC, is in the process of merging some of their publishing units with Random House.

Of the “Big Six,” only Simon & Schuster remains under American control. It is a division of National Amusements, which also holds the controlling interest in CBS and Viacom. HarperCollins is owned by NewsCorp, the Australian company, now with U.S. incorporation, headed by Rupert Murdoch who owns the Fox network and many other international media properties. Random House is owned by Bertelsmann, a German media conglomerate, and Hachette is a large diversified French-owned corporation. Penguin is owned by Pearson PLC, a British firm, and Macmillan is owned by Verlagsgruppe Georg von Holtzbrinck, another German media conglomerate.

This website uses cookies to improve your experience while you navigate through the website. Out of these cookies, the cookies that are categorized as necessary are stored on your browser as they are essential for the working of basic functionalities of the website. We also use third-party cookies that help us analyze and understand how you use this website. These cookies will be stored in your browser only with your consent. You also have the option to opt-out of these cookies. But opting out of some of these cookies may have an effect on your browsing experience.
Necessary Always Enabled
Necessary cookies are absolutely essential for the website to function properly. This category only includes cookies that ensures basic functionalities and security features of the website. These cookies do not store any personal information.
Non-necessary
Any cookies that may not be particularly necessary for the website to function and is used specifically to collect user personal data via analytics, ads, other embedded contents are termed as non-necessary cookies. It is mandatory to procure user consent prior to running these cookies on your website.
SAVE & ACCEPT