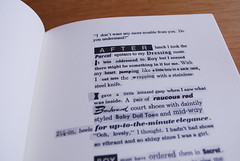 Lion Fiction will launch in spring 2013 with exciting new offerings in crime and women’s fiction. An extensive and varied publishing program is planned over the course of 2013, ramping up to 24 new title releases a year.

Kregel Publications will be the North American distributor for Lion Fiction which will be sold through both the general and specialist Christian markets, building upon Lion’s forty-year experience of selling into both channels.

Commissioning Editor Tony Collins commented, Lion Fiction is actively commissioning Christian authors to write for an international audience across the genres of thriller, crime, women’s fiction and fantasy. “Lion Fiction books may be fast-moving thrillers or dark fantasy or cheerful romance. They are likely to draw, subtly, upon the great narrative themes of transformation, growth, sacrifice, redemption, the power of guilt and the possibility of forgiveness, the nature of truth and deception, the value of the individual and the option of reconciliation.”

“We are excited to offer Lion Fiction as a platform for Christian novelists from all traditions,” said Nick Jones, Head of Lion Hudson. “20th century fiction was enriched by a range of great Christian entertainers–from G.K. Chesterton, C.S. Lewis and J.R.R. Tolkien, to Dorothy Sayers and P.D. James, and more recently, in their different ways, Steven James, and Marilynne Robinson.  Building on our fiction and storytelling legacy, we aspire to seek out and nurture a new generation of writers whose imagination and craft will similarly delight twenty-first-century readers.”

Any cookies that may not be particularly necessary for the website to function and is used specifically to collect user personal data via analytics, ads, other embedded contents are termed as non-necessary cookies. It is mandatory to procure user consent prior to running these cookies on your website.