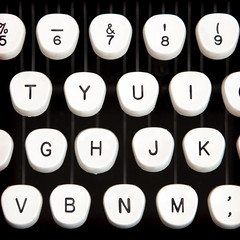 Writers differ in their needs and preferences for space in which they create. If you’re fortunate enough to have a writing room in your house, or have an office away from home, then you’re one of the envious few. Writers must be able to create their own writing space, and it’s as much psychological as it is physical.

It’s said that Louis L’Amour, the legendary Western storyteller could write anywhere, on the back of a horse or on the median in Times Square in New York City. He had incredible powers of concentration and once he was in the zone, nothing could distract him.

Harlan Ellison is known to have half-dozen typewriters around his house, where he has a different work (screenplay, story, column, book review) in each machine; this way he can move about his house, going from one to another. I employ a similar technique—I have four computers in my apartment; one in the bedroom, two in the living room, and one in the “dining area.” Each has a different work (novel, screenplay, essay) associated with it.

For instance, I can only write screenplays on a certain old Compaq that I carry around with me when I travel, and I print the scripts out on a different laptop. I write short fiction on my ancient Macintosh desktop; on another laptop, I write essays and work for newspapers and magazines.

I am single so this is easy to do. My roommates are two cats who don’t mind that our home has become an office.

One factor that influences when and where you write is what tool you use to write. If you compose drafts in pen or pencil, on a laptop or PDA (the “cell phone” novel is a current literary craze in Japan), then the world is your writing space. If you use a desktop computer or typewriter, you are going to be restricted to a room somewhere.

What approach should you take to creating the right writing space for you? Here are some suggestions:

Some writers require consistency and order, writing during same block of times in the day (recommended), keeping their writing spaces neat and tidy. A lot of this may have to do with time constraints—the writer’s day job, obligations to a spouse and children, set hours for exercise, dinner, or favorite television shows. Other writers, like myself, thrive in chaos, with papers and books scattered everywhere, and no set schedule. I may write 12-14 hours one day, one hour the next, ten hour the following day, and none for several days. That doesn’t work for most people, but it works for me.

I would never advise anyone to do things the way I do; what works for me works just fine for me, but would not for others. You must experiment to discover the physical, emotional and spiritual creative zone works best for you.

Any cookies that may not be particularly necessary for the website to function and is used specifically to collect user personal data via analytics, ads, other embedded contents are termed as non-necessary cookies. It is mandatory to procure user consent prior to running these cookies on your website.